Trump to Cut NAFTA? For the sake of Commercial Work Space in NYC, Let’s Hope Not! | Corporate Suites

Trump to Cut NAFTA? For the sake of Commercial Work Space in NYC, Let’s Hope Not! 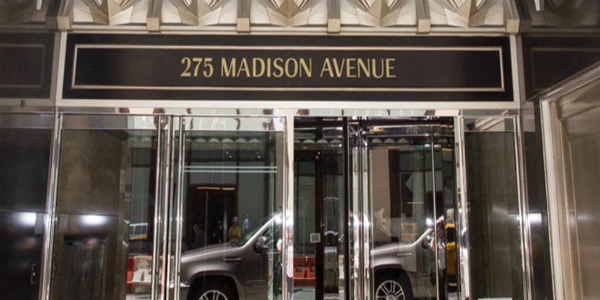 It’s the question of the day, one so powerful it’s succeeded in distracting attention from even our beloved Kardashians. What is the future of our city under President Trump? This article takes a look at the first three months of the year under the new regime and how it has impacted commercial office space in NYC. We’ll also try to read the tea leaves and predict what the rest of the year will behold.

While it is too early to tell how the trend will play out in the long term, President Trump has already started to liberate the financial sector from growth arresting regulations imposed under Obama. It is likely that Trump Administration easing of regulation will benefit the financial sector. President Trump aims to do away with acts such as Dodd-Frank, which would boost industries such as banking and investment management. As New York City is a buzzing financial hub, it may be logical to envision an expanded need for commercial workspace in NYC stemming from financial company demand.

The city close to Trump’s heart has captured a place high on the pecking order when it comes to infrastructure expansion, which would be a positive for many burgeoning NYC neighborhoods and a jackpot for commercial coworking space in NYC. This would impact several trending areas such as Midtown South where new companies who want to be a part of cool, hip work culture are flocking. President Trump supports the Gateway Program, which would construct a new tunnel between New York and New Jersey to improve passenger volume for Amtrak and NJ Transit trains (Kirby, 2017). This would be a boon for the city, as would President Trump’s support of the latter phases of the Second Avenue Subway Line project (Kirby, 2017). Whether or not all this comes to fruition, however, remains to be seen as the billion-dollar price tag means he’s not getting away with this one without a fight!

President Trump’s protectionist stance and the restriction of free trade would most definitely be a negative for the NYC economy and commercial workspace in NYC. The city, home to a myriad of multinational firms whose livelihood depend heavily on foreign relations, would indubitably bear a heavy burden under protectionism. For the city’s sake, let’s hope there’s enough opposition to make this one succumb to gridlock. While President Trump so far has made moves that seem to bode well for New York City, a radical reduction of free trade would tip the balance in the other direction.

As of quarter one of 2017, economic indicators remain positive and economic growth robust. Things are looking so rosy, in fact, that we may just be in the beginning on an interest rate tightening cycle. So far so good, but let’s hope lawmakers don’t allow Trump to give NAFTA the hatchet! For inquiries about the future of commercial work space, such as meeting space in NYC, please email info@corporatesuites.com.