Why Is NYC So Expensive?

Why Is NYC So Expensive? 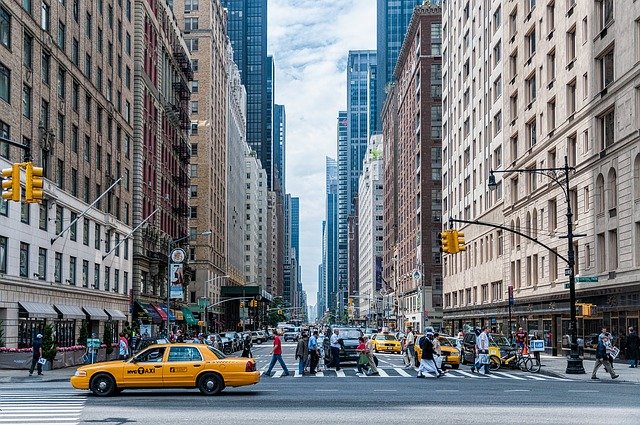 The high cost of living in NYC is due to many factors, including the high price of real estate and taxes and the large number of people who live in the city. Despite the crazy price tags, residing in the city has many benefits.

New York City is known for its many attractions, including world-class restaurants, theaters, and museums. It is also one of the most expensive cities in the world to live in.

Whether you’re moving or traveling, keep reading to know more about the costs associated with NYC.

The Top 20 Reasons Why NYC Is Expensive

If you live in New York City, you’re paying a premium for convenience. For many New Yorkers, the high cost of rent is offset by the convenience of living close to their job, schools, and other amenities.

It’s important to remember that the city offers several conveniences you won’t find in other parts of the country. NYC is the place for you if you’re willing to pay a higher price for these amenities.

One of the great things about living in New York City is that you don’t need a car. With the world-class public transportation system, you can get around the city without worrying about parking or traffic. The famous NYC subway system can take you anywhere you want to go. 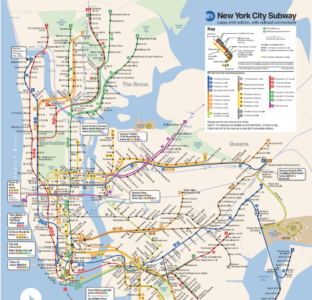 This is a great perk for those who don’t want to deal with the hassle of owning a car. It’s also pretty decent for the environment and your wallet.

From Broadway shows to world-renowned museums, there’s no shortage of things to do in NYC. While this is great for residents, it can also be expensive.

If you’re looking to save money on entertainment, there are a number of ways to do so. For example, you can take advantage of free days at museums or buy tickets to Broadway shows in advance.

4. There Are Tons of High Paying Jobs

One of the reasons why NYC is so expensive is because there are a plethora of high-paying jobs in the city. Making more and paying more is a natural part of living in a free market and people shouldn’t let it deter them from living there.

5. It Has a Strong Economy

Despite the high cost of living, the NYC economy is strong. This is partly due to a large number of businesses and tourists visiting the city each year.

6. There Are Jobs for Everyone

Whether you’re looking for a job in the financial sector or the hospitality industry, you’ll be able to find it in NYC. The city is home to many businesses and industries, so plenty of job opportunities are available.

7. Limited Supply of Housing and Rent Is Expensive

From the moment you move into your apartment, you’re hit with the high cost of living.

Rent prices in NYC are significantly higher than in other parts of the country, with the average cost for a two-bedroom apartment hovering around $3,500 per month.

In addition to the high cost of rent, there is also the issue of rent control. Rent control is a system that limits the amount of rent that landlords can charge for their apartments. Cheaper rent is great, but other goods, services, and utilities may be more expensive because of it.

9. Construction Costs Are No Joke

If you’ve ever been to NYC, you know that construction is everywhere. While this is good news for those who are looking for a job in the construction industry, it also increases the cost of living.

Construction costs are passed on to consumers through higher prices for goods and services. In addition, the noise and traffic associated with construction can be a major nuisance for residents.

If you own a car in NYC, you know that finding a parking spot can be a challenge. There is a limited supply of parking in the city.

Limited parking forces residents to pay for monthly permits or park their cars in garages.

NYC is one of the most popular tourist destinations in the world. While this is good for the economy, there are some downsides.

Visitors are willing to pay more for goods and services than residents. In addition, the influx of tourists can make finding a place to live or get around the city challenging.

NYC is known for having high taxes. While this may be a turnoff for some people, it’s important to remember that the high taxes help fund essential services like education and transportation.

13. Every Market Is Competitive

Everything is competitive in NYC, from the housing to the job market. This can be a good thing for those looking to get ahead. People are willing to pay more for goods and services in a competitive market. It’s an example of capitalism at its finest.

If you live in NYC, you know that insurance rates are high. Many insurers consider the city to be a high-risk area.

As a result, residents of NYC pay more for their car, health, and life insurance.

NYC is home to a large number of people who are just passing through. This transient population strains the city’s resources, which drives up the cost of living.

NYC is home to two major airports, JFK and LaGuardia. This is incredibly convenient for residents and visitors. If you want to have the ability to fly to anywhere in the world from your hometown, you’ll have to pay for it.

NYC is home to several public services, such as the NYPD, the MTA, and the Department of Education. Taxes fund these services, and residents pay the taxes.

The cost of services in NYC is higher than in other parts of the country. Providers must account for the high cost of living in the city. As a result, residents of NYC pay more for their hair cuts, dry cleaning, and other services.

One of the biggest contributing factors to the high cost of living in NYC is the limited space. With so many people living in such a small area, extra room is at a premium. This drives up the cost of real estate, as well as the cost of goods and services.

New York City has strict zoning laws. These laws limit the development that can take place in the city, which pushes up the cost of real estate.

In addition, the zoning laws make it difficult for businesses to expand, leading to higher prices for goods and services.

NYC has 107 billionaires, with the wealthiest of all being Michael Bloomberg. He has a net worth of over $80 billion. Not too shabby…

The median rent for a two-bedroom apartment in NYC is $3,500. This number is more than double the national median of $1,500.

The monthly cost to park a car long-term in NYC is $570, which is more than the median rent in some US cities.

One NYC resident spent $1.2 million to live in a basement apartment. Why? It was 1,800 square feet. Another spend $2.3 million. The resident told the NY Times that staying in her old neighborhood would have resulted in an extra $1 million purchase price for less space.

To live comfortably as a homeowner in New York City, residents need to earn. It takes the median US worker roughly three years to earn that much

To live comfortably as a homeowner in NYC, residents need to earn $130,000 if they have a family. A single person needs around $80,000. It takes the median US worker roughly three years to make that much.

New York City has the highest property taxes of any US city — and they’re only going up.

The most expensive home ever sold in the US is a $100 million penthouse in NYC. The penthouse, located on Billionaires’ Row, was sold to an anonymous buyer in 2019.

The average income in NYC’s wealthiest ZIP code is $522,000. The ZIP code, home to many of the city’s financial and media moguls, is located on the Upper East Side of Manhattan.

Why is NYC so overpriced?

What salary do you need to live in NYC?

To live comfortably as a homeowner in NYC, residents need to earn $130,000 if they have a family, and single folks should make around $80,000.

Is NYC expensive to visit?

While NYC can be expensive to live in, it can also be costly to visit. The cost of lodging, food, and activities can add up quickly. However, many free or low-cost attractions and activities are available in the city.

Why is New York so dirty?

New York City is dirty because of the large number of people who live in and visit the city. The high population density means more trash and litter on the streets. The city’s subway system can also be a breeding ground for bacteria and germs.

Why is rent so high in NYC?

Cost of living in New York for a single person

The cost of living in New York City for a (frugal) single person is around $3,000 per month at the lowest prices. This includes rent, food, transportation, and utilities. It does not include the cost of entertainment or other activities.