Where to Live in Connecticut and Commute to NYC

Where to Live in Connecticut and Commute to NYC 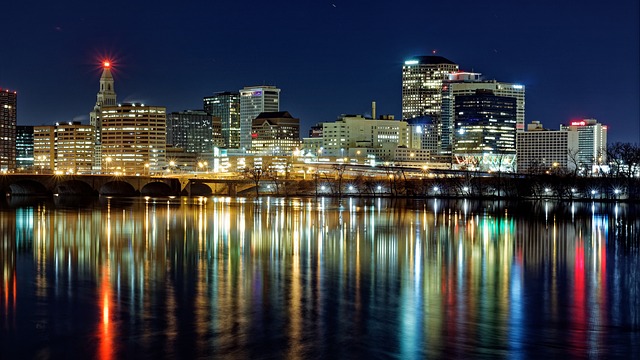 The best towns in Connecticut to commute to NYC are Greenwich, Stamford, and New Cannan.

It may seem a bit strange to some people. Commuting to New York from Connecticut? Surprisingly, it makes sense. New York is a large state, but the city is conveniently sandwiched between New Jersey and Connecticut.

With New Jersey becoming heavily populated and almost as expensive as NYC, Connecticut may be the best option for some people. Check out some of these towns if you’re looking to relocate soon.

Towns in Connecticut with Reasonable Commutes to New York City

Greenwich is one of the wealthiest towns in the United States. It’s known for its beautiful homes, excellent schools, and proximity to New York City.

Greenwich is a great option if you want to live near the city but still have that small-town feeling. It’s close enough to New York City for a reasonable commute, and plenty to do in Greenwich, especially if you’re into the arts.

The average commute time from Greenwich to NYC is 45 minutes to 1 hour. Your commute could be even shorter depending on where you live in Greenwich. For example, if you live in Cos Cob or Riverside, you can be in the city in just 45 minutes.

Stamford is another great option for those looking for a Connecticut town to live in and commute to NYC. It’s located just outside Greenwich and close to New Canaan.

The average commute time from Stamford to NYC is 50 minutes to 1 hour. However, like Greenwich, this will depend on your exact location in Stamford. If you live closer to the city, your commute will be shorter.

New Canaan is a bit further from NYC than Greenwich and Stamford, but it’s still a reasonable commute. The average commute time from New Canaan to NYC is slightly over an hour.

New Canaan is a great option if you’re looking for a Connecticut town with a more rural feel. It’s close to Stamford and Greenwich, so you can still enjoy those towns’ amenities while being a bit further away from the city.

Darien is a town in Fairfield County. The population is a little more than 20,000, it is one of the larger towns in the county. Darien is located just off I-95, making it convenient for commuters.

The town is also served by two Amtrak trains, making it easy to travel to New York City or other parts of the northeast. Darien is known for its high-performing schools, and its students consistently score above average on standardized tests.

The town also has a vibrant arts community, with several museums and galleries. Darien is a great place to live for families and commuters alike.

Norwalk is a city located in southwestern Connecticut. With a population of just under 100,000, it is the sixth-largest city in the state. Norwalk is in Fairfield County, on the Long Island Sound.

Norwalk was first settled in 1640 by Puritans from New Haven. The city was officially incorporated in 1651. During the American Revolution, Norwalk saw actual battle. There is a rich history here dating back hundreds of years.

Today, Norwalk is a diverse and vibrant community. The city is home to several cultural attractions, including the Maritime Aquarium and the Lockwood-Mathews Mansion Museum.

Other Good Commuter Towns (But Not Quite as Good)

Byram is a neighborhood of the city of Greenwich, Connecticut. The area is located in the southwestern part of the city, on the Long Island Sound. Byram has a population of over 4,000 people.

It is the closest Connecticut neighborhood to the state of New York. This might be it if you’re looking for the fastest possible commute.

Byram is served by two Metro-North Railroad stations, making it easy to commute to New York City. The neighborhood is also home to many parks and recreational facilities, including Byram Shore Park.

Westport is a town located in Fairfield County, Connecticut, United States. With a population of nearly 30,000 people, it is one of the smaller towns in the county. Westport is located on Long Island Sound and is bordered by Norwalk.

Once known as a farming community, the town became a popular vacation spot for wealthy New Yorkers, resulting in many farmers selling their property.

Westport is now a thriving community with a strong focus on the arts. The town is home to a number of art galleries, museums, and performance venues. Westport is also home to several high-performing schools, including Staples High School, ranked the best high school in the state, and the Greens Farms Academy.

Fairfield is a town located in Fairfield County, Connecticut, United States. With a population of over 60,000 people, it is the most populous town in the county.

Today, like so many other towns along the coast in this state, Fairfield has a fantastic arts community. There are dozens of events and several historical landmarks in or around the city.

Nestled on the shores of Long Island Sound, New Haven is a vibrant city with a rich history and a wealth of cultural attractions. Founded in 1638, New Haven was one of the first planned cities in America and is now home to Yale University, one of the world’s leading educational institutions.

The city is also well known for its outstanding museums, including the Yale University Art Gallery and the Peabody Museum of Natural History. New Haven’s culinary scene is booming, with James Beard Award-winning restaurants calling the city home. So if you’re a foodie, New Haven has you covered.

How Long is the Commute from Connecticut to New York?

There are a few different ways to make the trip, including by car, bus, or train. The most common way to travel from Connecticut to NYC is by car, although this can be the most stressful option due to traffic.

Bus service is typically more reliable, although it can take longer than traveling by car. Train service is the quickest way to travel between Connecticut and NYC, but it can be more expensive than other options.

No matter how you travel, be sure to give yourself enough of a time cushion so that a stall in traffic won’t cause any issues with your job.

Which city in Connecticut is closest to NYC?

The neighborhood known as Byram is the closest Connecticut town to NYC. It’s around 30 miles from Midtown Manhattan, making it an easy commute for many who work in the city.

As far as an actual “city”, Greenwich is your best bet. It offers a variety of amenities that make it an attractive option for those looking for a more suburban lifestyle. It provides a good balance between proximity to NYC and a laid-back feel.

Where to live in Connecticut if you work in Manhattan?

If you work in Manhattan, you may want to consider living in one of the towns listed above. Greenwich, Stamford, and New Canaan are all located within close proximity to NYC, making them ideal for commuters.

In addition, these towns offer a variety of amenities that make them attractive places to live. Greenwich is home to prestigious private schools, Stamford is a business hub, and New Canaan is known for its scenic beauty.

Do people commute to Manhattan from Connecticut?

Yes, people do commute to Manhattan from Connecticut. In fact, many people who live in Connecticut choose to commute to NYC for work. Most cities along the coast are perfect, as a direct train to the town runs along this route.

Can you commute from Hartford to NYC?

Yes, you can commute from Hartford to NYC. The average commute time is just over two hours. While this may seem like a long time, it is actually not bad when compared to other cities located further away from NYC.

In addition, Hartford is on an Amtrak line, which makes it easy to get to and from the city. A number of bus companies also offer services from Hartford to NYC. The bus is cheaper than the train, but rush hour traffic doesn’t affect trains.

Can you live in Connecticut without a car?

Yes, you can live in Connecticut without a car. Many of the cities along the coast have train service that runs directly into NYC. This makes it easy to get around without a car.

In addition, many of the towns located in Connecticut are small enough that you can easily walk or ride a bike to get around. If you need a car, there are several options for public transportation, including buses and trains.