What Taxes Will I Pay If I Work in Manhattan and Live in NJ?

What Taxes Will I Pay If I Work in Manhattan and Live in NJ? 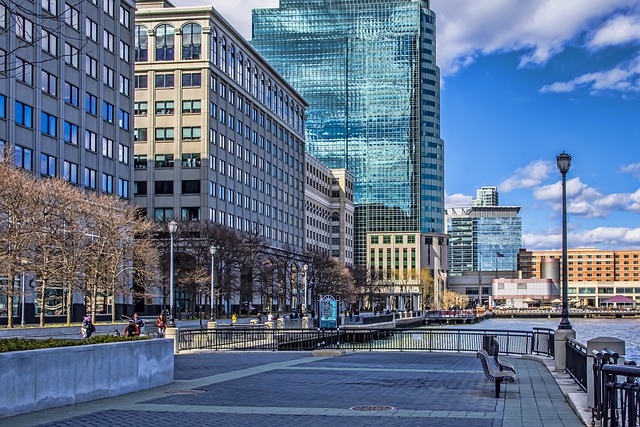 You will not pay taxes in both states, but you will be required to file taxes in both New York and New Jersey. NJ residents should receive a tax credit to balance out tax paid in NY, but you’ll need to discuss how it works with your tax professional, as individual circumstances can change things.

Keep reading if you’d like to know more about working in one of these states and living in another. Is it worth it? Can you save money? We’ll touch on both of these topics and more. Let’s go.

Where Should You File Your Taxes in This Scenario?

The general rule is that you file taxes in the state in which you reside. If you choose to live in New Jersey and work in New York, you would file your taxes as a New Jersey resident.

However, because you earn income in New York, you will also need to file taxes in that state as a non-resident. This can be done by filing a non-resident return with the state of New York.

Will I Be Forced to Pay Double Taxes?

No, you do not pay double taxes if you live in New Jersey and work in New York.

However, because you are earning income in New York, you will need to file taxes in that state as a non-resident. You can accomplish this by filing a non-resident return with the state of New York.

Will I Pay Taxes in New York If I Live in New Jersey?

No, you do not pay NYC tax if you live in New Jersey.

What If I’m a Freelancer With Clients in NY?

If you don’t know how to file your taxes, it’s always best to consult a tax professional. In the meantime, follow these tips for avoiding double taxation:

What If My Employer Is in NY But I Work Out of State?

If your employer is based in New York and requires you to perform services out of state, you will still need to file a tax return in New York. However, you may be eligible for the “residency credit.” This credit allows you to deduct taxes paid to another state from your New York tax liability.

To claim the residency credit, you must file Form IT-203, Nonresident and Part-Year Resident Income Tax Return. This form will list the total amount of taxes paid to other states where you worked during the tax year. The credit is then calculated and applied to your New York tax liability.

For example, let’s say you worked in Pennsylvania for four months out of the year and paid $1,000 in taxes to that state. You would then file Form IT-203 and list the $1,000 in taxes paid to Pennsylvania. Your New York tax liability could come down by $1,000.

What If I’m in New Jersey But Receive Unemployment From New York?

How Does the State Determine How Much I Owe?

Each state has its own method for calculating taxes. Most states use a marginal tax system, which taxes different levels of income at different rates.

For example, let’s say the state of New York has a marginal tax system with three tax brackets:

Some states have a flat tax rate, which taxes all income levels at the same rate. For example, let’s say the state of New Jersey has a flat tax rate of 5%. If you had a taxable income of $15,000 in a year, you would pay 5% tax on the entire amount, or $750.

How Do States Determine Income?

Most states tax all forms of income, including wages, salaries, tips, commissions, bonuses, and self-employment income. Some states also tax interest and dividends.

Income from investments is generally taxed at a lower rate than income from wages and salaries.

How to Figure Out What State Your Income is Sourced To

Income is generally sourced from the state where people perform their work. For example, if you live in New Jersey and work in Manhattan, your income will be sourced to New York.

You will pay tax where you reside if you have income from investments. For example, if you live in New Jersey and have interest income from a bank account in New York, that income will be sourced to New Jersey.

What Is the Resident Credit?

If you live in one state and work in another, you may be able to claim a resident credit on your tax return. This credit allows you to deduct taxes paid to another state from your tax liability in your state of residence.

How Is It Determined?

The resident credit is calculated by taking the total amount of taxes paid to other states and multiplying it by your state’s tax rate.

For example, let’s say you live in New Jersey and work in Manhattan. You paid $1,000 in taxes to New York State. Your state of residence, New Jersey, has a tax rate of 5%. The resident credit would figure up as follows:

Your New Jersey tax liability would reduce by $50.

If you live in Jersey and work in The Big Apple, there are a few things you need to keep in mind in order to avoid any surprises come tax time.

If you work in New York City, you may be subject to the commuter tax, aka the mobility tax. This tax is imposed on employees living outside the city but working within the city limits.

The commuter tax is calculated as a percentage of your income and the number of days you worked in the city during the year.

For example, let’s say you earned a salary of $50,000 a year and worked 260 days in the city. The commuter tax would calculate as follows:

You Can Deduct Charitable Donations

If you make charitable donations to organizations that are home to New York City, you may be able to deduct those donations on your state income tax return.

Your New York Paycheck and You

When you work in New York, your employer will withhold taxes from your paycheck. These taxes include federal income tax, Social Security tax, and Medicare tax.

Pros of Living in New Jersey

There are a few advantages to living in New Jersey while working in New York City.

Housing is generally cheaper in New Jersey than it is in New York City. It can be a significant advantage if you are looking to save money on your monthly expenses.

Another advantage of living in New Jersey while working in New York City is that you can take a train to work. Taking the train to work can save you a lot of time and money on transportation costs.

You can have a car for nights and weekends. This can be a big deal if you want the freedom to move around on your days off.

You will pay lower taxes in New Jersey as it has a lower income tax.

If you have children, you will have more public school choices if you live in one and work in the other, as you open up your options two-fold.

Plenty of Scenery and Outdoor Activities

New Jersey is a beautiful state with plenty of scenery and outdoor activities. It’s perfect for outdoor adventurers who desire natural beauty and enjoy activities like hiking and camping.

There Are Some Cons

The biggest disadvantage of living in New Jersey while working in New York City is that it’s not New York City. You will have to commute to work, which is a hassle, and you won’t have access to the same amenities.

Property taxes are higher in New Jersey than in New York City. This can be a disadvantage if you want to save money on your monthly expenses.

Do you get double-taxed if you work in NYC and live in NJ?

No, you do not get double-taxed if you work in NYC and live in NJ.

No, NJ residents do not pay NYC income tax. However, they may be subject to state and city income taxes if they work in NYC.

Can you live in New Jersey and work in Manhattan?

Yes, you can live in New Jersey and work in Manhattan. Many people do this for reasos like lower taxes and more public school choices. However, there are also a few drawbacks, such as the hassle of commuting and not being in the city full-time.

Is it cheaper to live in NJ and work in NYC?

Tax benefit of living in NJ and working in NYC

Anyone who lives or works in New York City is subject to the city’s income tax.