It isn’t just about banking anymore. Over the past several years, New York’s Financial District has evolved into one of the hottest choices for coworking space in NYC. Even native New Yorkers may not be aware of these little known facts about 22 Cortlandt Street and its surrounding environs.

#1 Fact: The Century 21 store at 22 Cortlandt Street was brought to worldwide fame as the often featured spot for for Sex and the City character Carrie Bradshaw’s shopping sprees. (Dolor, 2011)

Why this matters:  Lower Manhattan was typically a place where people would work, not live. Companies select 22 Cortlandt Street when seeking coworking space in NYC that will help them strike a work-life balance while living closer to the office.  You can have it all!

#2 Fact: The Financial District of New York City ranks number three on the list of biggest business districts in the US – only behind Midtown Manhattan and the Chicago Loop.
Why this matters: If you’re look for a top coworking space in NYC, why not go where the action is happening? As the old adage goes, if you want to be successful, surround yourself with successful people! 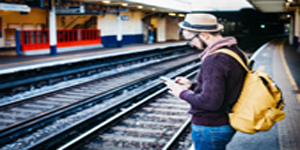 #3 Fact: With over 15 WiFi zones, there’s more access to free Internet in lower Manhattan than anywhere else in New York. (Sheftell, 2012)

Why this matters: With the digital transformation, business is running off the mobile phone more than ever before. As a hedge fund manager, you have to keep up with the stock market every second, even when you’re outside the bounds of your coworking space in NYC. This is fundamental to your success in a fast paced industry such as finance. You don’t want to be the hedge fund manager who missed the big trade while waiting for the R train.

#4 Fact: There are more than 130 pieces of outdoor artwork in lower Manhattan. (Sheftell, 2012) Why this matters: Art is inspirational and visually pleasing images can take the edge off a stressful day trading a choppy market. 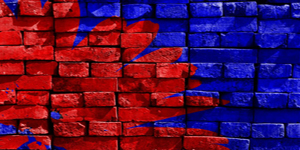 #5 Fact: Cortlandt Street Station will re-open in 2018 (Associated Press, NBC New York, 2015) and feature some of the best office spaces NYC has to offer. Destroyed by the falling towers, this MTA station is slated to make a comeback next year.
Why this matters: Completely resurrecting our damaged transportation system will signify an end to the tragedy of 9/11, facilitate logistics within the area, and throttle the Financial District to a new age of esteem and prosperity.

In reality, there are more than just five reasons to choose Corporate Suites’ 22 Cortlandt Street as the location for your hedge fund office.  Adorned with multi-function copiers, three NYC conference rooms for up to 15 people, high-speed wireless internet access, and friendly reception with office staff who are attentive to every need, 22 Cortlandt Street is the inspiring business community that your hedge fund is looking for.  Contact the team at Corporate Suites to learn more about the top hedge fund coworking space in NYC!

Sheftell, Jason. (2012, September 7) Why the Financial District is one of New York’s best places to live. NYDailyNews.com. Retrieved from http://www.nydailynews.com/life-style/real-estate/financial-district-new-york-best-places-live-article-1.1153626